We Dominicans have to admit it, although Christmas in all parts of the world are different and special, the best Christmas and New Year’s celebrations are ours. We Dominicans have the gift to celebrate everything for any random reason, and it was for this motive that we wanted spread the tale of our holiday traditions.

We Dominicans realize that we are entering the Christmas season when we turn on the radio and listen to “Cima Sabor Navideño”, and from that moment on we enter a state of  joy and a unique desire to celebrate the holiday season.

In the Dominican Republic there are many ways to celebrate Christmas, traditions characterized by its constant celebrations, colors, lights, gifts, gastronomical delights, family gatherings and much excitement.

In the Dominican Republic, Christmas begins to feel at the end of October, with the autumn brisita, in addition, the decorations, decorations and the expectation that creates the paschal regalia.

In the country, by tradition from October 10, the Christmas songs begin to be heard in some radio stations.

Since the beginning of December, public and private institutions have started to celebrate the Christmas party of the employees, where they share, dance and raffle, and prepare lunches and dinners.

How is Christmas celebrated in churches?

In Catholic churches the birth of the baby Jesus is symbolized, with figures alluding to the date, such as camels, donkeys, stars, gifts, etc. The Anglican, Catholic, Protestant and Romanian Orthodox Churches; Remember the birth of Jesus Christ on December 25. This day is remembered by other Orthodox churches on January 7, because they keep the Julian calendar, unlike those we use the Gregorian.

It is celebrated every December 25, the date of Christmas commemorating the birth of the baby Jesus. This mass is known popularly with the name of “Mass of Rooster or of the shepherds”. 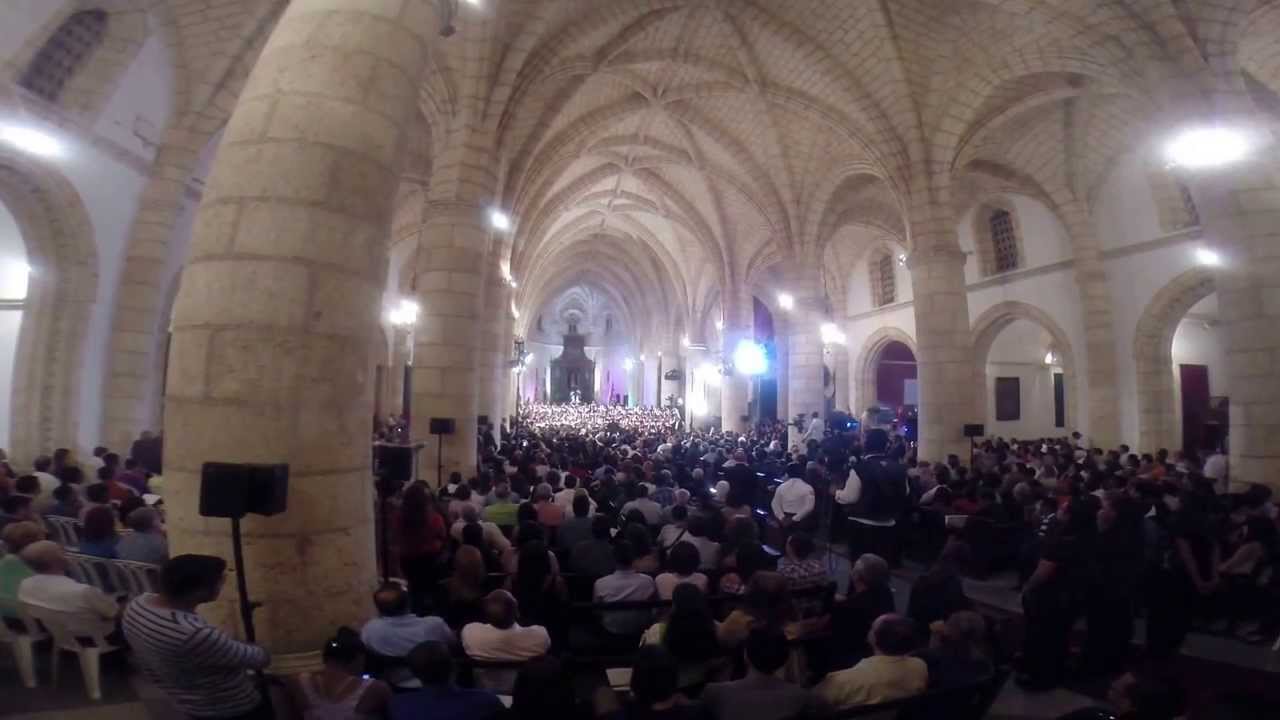 The Mass of Rooster is celebrated at 12:00 pm or shortly before, in the Catholic churches of the country and all nations that this is their official religion.

In the Dominican Republic, unlike other countries, the representation of the arrival of the child Jesus is called Birth, and is represented with figures (a child, the virgin Mary, mother of Jesus, shepherds, an ass, and a Manger) that are made of mud or are acquired in commercial establishments. 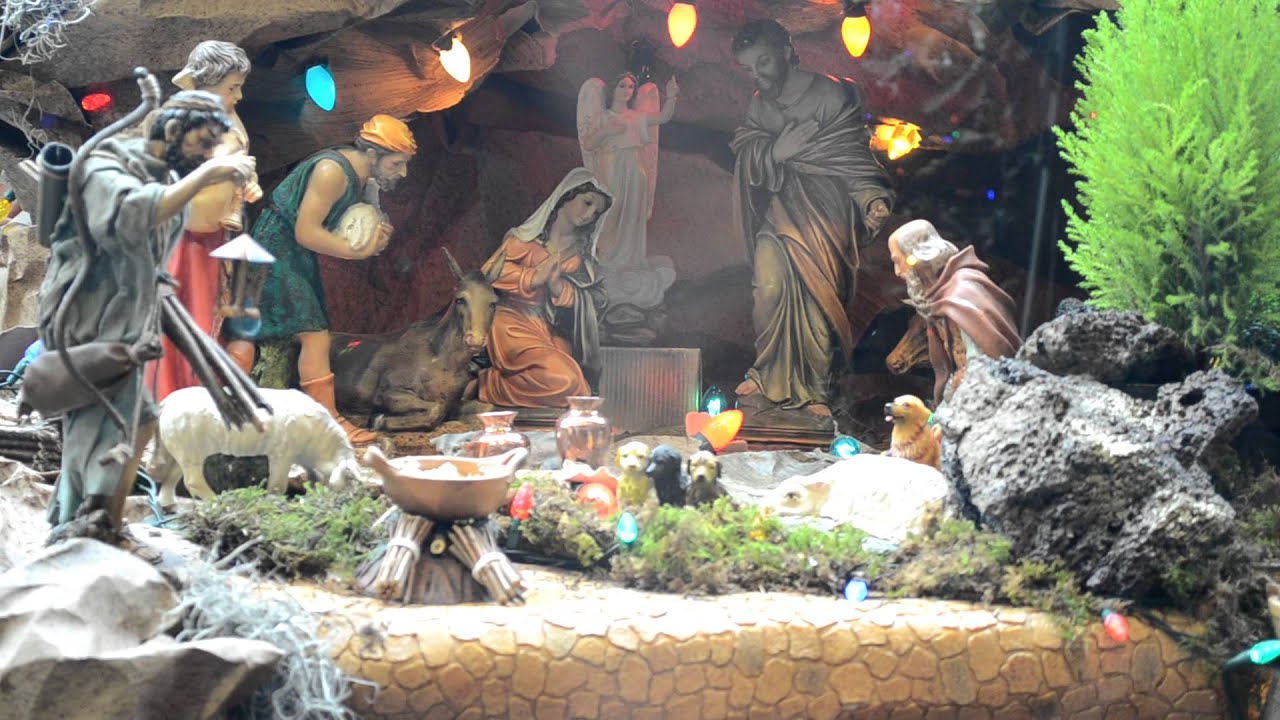 One party follows the other, and December is a constant celebration between friends and family. Absent Dominicans (Dominicans who come from abroad) are loaded with gifts for everyone.

The celebration of Good Night (family dinner night) is on December 24, is usually performed between family and friends.

The famous Telera (bread of an enlarged size, measuring about 30 inches), the pork roasted in puya, baked pork leg, turkey, chicken, and the Moro of Guandule, have their space on the table, as do the Sweets and coquitos, fruits like apples and grapes.

The pork or roasted piglet in its puya is typical of the Cibao (northern area of ​​the country), the stuffed turkey from San Juan de la Maguana and San José de Ocoa, and the cakes in leaves (kind of bananas, green bananas, or Yautías, stuffed with meat, wrapped in banana leaves tied with a thread), come from the East, but its consumption has been widespread throughout the country.

Another dish that never fails, is the very colorful Russian Salad (made from boiled vegetables, eggs, mayonnaise and fruits).

Before or during the Christmas dinner, some people burn incense, to purify the body or ward off evil spirits, others take a bath of leaves.

The Aguinaldos, Songs and Ginger:

The tradition of the bonuses consists of meeting with friends and singing Christmas carols from house to house. These are interpreted to rhythm of tambora, güira and accordion; The people who sing for these dates are greeted with joy by the neighbors who provide them with ginger tea, hot chocolate, coffee, biscuits, bread, etc.

Among Christmas meringues of great tradition, are those interpreted by Felix del Rosario and his orchestra. Enjoy this show:

The secret angels or exchanges:

Since the beginning of December, and until the last day of work this month, companies, institutions, schools or schools usually exchange gifts between colleagues, known as “Angelito”.

What is done regularly with this tradition, is to write the name of all the people in slips and then be distributed among the participants of the exchange, which until the end of this is kept secret.

Thus each person will have a little angel (person) who secretly will leave a daily gift, weekly or the established days, until the celebration of a meeting, party or final dance of exchange, where the identity of the little angel is revealed. At Christmas we find sets of typical or popular music in the streets that interpret carols to the public in exchange for economic contributions, they visit grocery stores and places of entertainment, in other cases they enliven the party.

The perico ripiao is heard all year round in the cities and fields, but in particular has a great root in the area of ​​Cibao, or mountainous areas. It is distinguished by the strident voice of the singer who listens above the music, is fast-paced and dances the same way.

The musical instruments that are used are the güira, the tambora and the accordion.